Ian Gallagher and Katie Hind and Katie Nicholl For The Mail On Sunday. 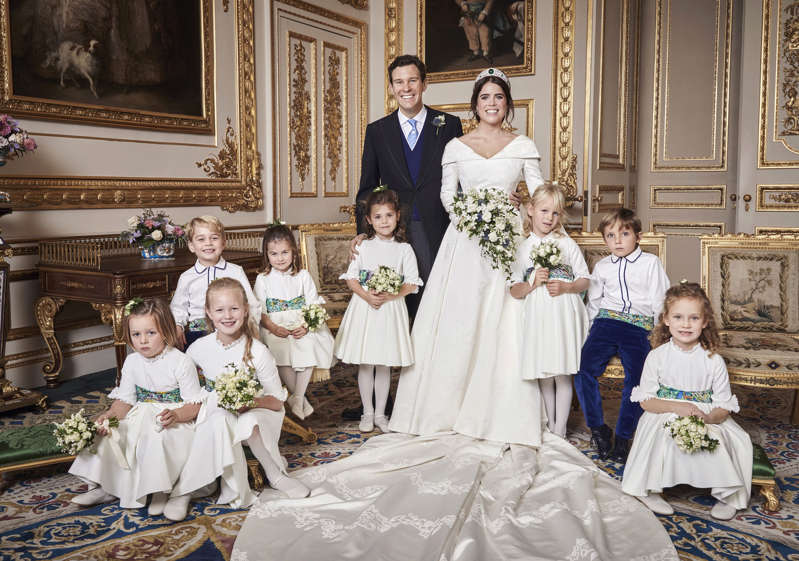 The white dress is pristine, the bouquet of flowers studded with greenery.
The only difference between Princess Eugenie’s wedding day and this adorable picture of her as a bridesmaid is a more guarded expression and some extravagant bows and frills.
Taken in 1993 at the wedding of former Royal nanny Alison Wardley to Royal bodyguard Ben Dady, Eugenie would play the bridesmaid twice more before becoming the bride 25 years later.

Download the Microsoft News app for your Android or iPhone device and get news & live updates on the go.

In September 1995, she and sister Beatrice appeared in white at the wedding of their mother’s former PA Christine Gallagher to stockbroker Greville Ward, and then in 2000 when Fergie’s former butler Ian Lowe married Claire Comper. 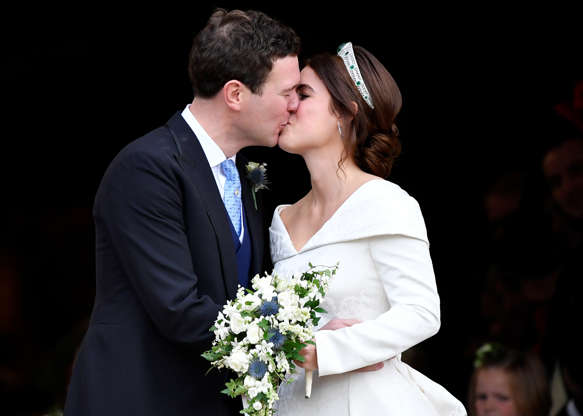 © Toby Melville/Reuters
Princess Eugenie tied the knot with Jack Brooksbank at St George’s Chapel in Windsor. Take a look at how their big day unfolded…
Pictured: The newlyweds kiss as they leave after their wedding.